Like almost every national park in every country, Skadar Lake National Park in the small country of Montenegro is breathtakingly beautiful. Skadar Lake is the biggest lake in the Balkan peninsula. Shaped like a dolphin, the dolphin's body and tail are in Montenegro while the head is in Albania. Because of its unique scenery, the northern part of the lake, some 400 square miles, was made a National Park in 1983.

Rugged, tree covered mountains climb sharply up out of the lake, row upon row, stretching to the horizon. In the north of the park is the most famous view: Pavlova Strana viewpoint. A long meandering river with an unpronounceable name, Rijeka Crnojevica, winds through the mountains. As you look out from the viewpoint, you can see the river peeking out from around hills and peaks and in front of you is a horseshoe turn in the stream around Pavle. Pavlova Strana means the side of Pavle. 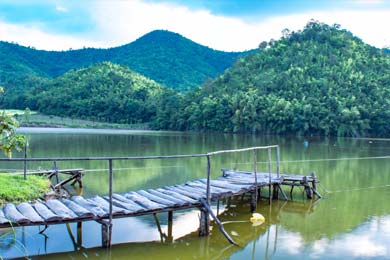 Areas of the lake are covered in acres of water lilies with beautiful white and yellow flowers. Islands, isolated and serene, are home to 18 monasteries. Small villages continue life as it has always been in these hills. The park is only seven kilometers from the Adriatic Sea with lovely beaches and fascinating little villages on the shore. You could explore two completely different areas within a few miles of each other.

The lake is also home to the curly pelican or Dalmatian pelican, an endangered species. This colony is the last of these birds in Europe. Birders come from all over the world in large numbers to see the wide variety, especially water birds. Besides the pelicans, cormorants, great white herons, grebes, egrets, kingfishers, ducks, and a myriad of others are residents of the park.

There are two ways to observe the birds. Boat tours with guides are an excellent way to see several areas of the lake. There are also observation towers, platforms about 20 to 30 feet high. These platforms give you an excellent view of the immediate area. They are, however, stationary. The best time to visit is during the autumn and winter when the migratory birds are there. 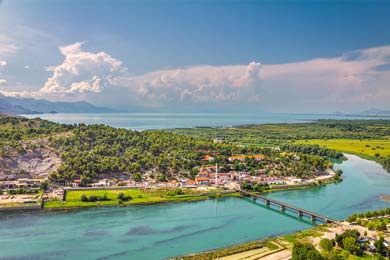 The charming village of Virpazar is the gateway to the park, the first stop. Crossing an ancient stone bridge will lead you into the town square where local people (all 277 of them) sell fruits, vegetables, and hand made art. Virpazar is the starting point for adventure. You can rent a boat or a kayak, arrange for a guided tour of the lake and park, rent a bicycle, or just start off on a hike.

Virpazar is on the river, just above the entrance to the lake. Water lilies move gently with the current, seeming to dance. As you cross the bridge, which is centuries old, you will see a monument, perched on top of a large rock. The sculpture is a classic example of socialist realism, the art style developed in the Soviet Union.

Located on the winding river of the same name, this town is even smaller, population 175. It was the site of a battle in 1478 when the Ottomans defeated the army of the king, Ivan Crnojevica. In 1853, Prince Danilo had a stone bridge built here, not surprisingly called Danilo's Bridge. The lovely arched span is reflected in the glassy water below.

Boat Tours of the Lake 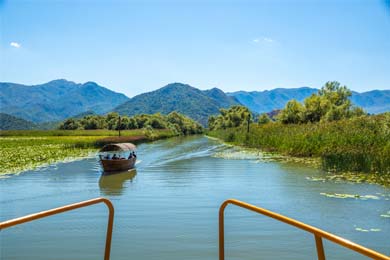 The local boats, called cuns, are shallow, flat-bottomed vessels. This build allows them to move with ease along streams and through the water lilies. The tours usually leave from Virpazar and last one to two hours. Your guide will provide some traditional food and a taste of local brandies or wines. You will be able to get close to the birds and get some classic photographs. The tour will include monasteries as well as spectacular scenery.

Or you can take a solitary tour by renting a kayak and gliding almost silently through the water. You will see dozens of birds, from stately herons to cormorants and ducks. 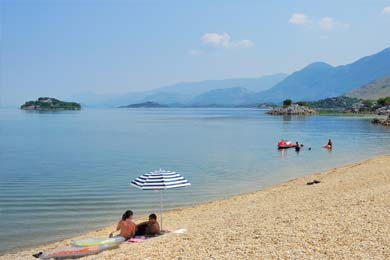 King Nicola Petrovic turned this island into the Montenegrin equivalent of Alcatraz. This may be one of the stops on a boat cruise. To insure that prisoners could not escape, only nonswimmers were sent to Grmozur. Only two men ever escaped. The punishment for the guards who were found to be negligent in allowing the escape was to become prisoners themselves. They were forced to serve out the escapees' sentences. Now only birds, snakes, and lizards wander through the old prison.

Other interesting islands include Lesendro, where an old fort lies in ruins, Besko, an old monastery, and Vranjina, another monastery on an island connected to the mainland by an ancient bridge. The town of Vranjina is often called the Montenegrin Venice. When Bishop Sisojevic began the construction of the monastery, he said he would name it after the first bird he saw. The first bird was a crow.

The Walnut Valley hike is a long one, taking about five hours, but the beauty of the waterfall and pool at the end of the hike is worth the effort. It starts out in Virpazar, wanders along a road, past cow pastures and streams, until it turns into a trail and ends at the pool.

Guided hikes are wisest. Taking the trail over Mount Sutorman to the medieval village of Godinje will thrill you with the vista. You will stop at a small restaurant near the top of the mountain for lunch. The hike takes about five to six hours.

The Skadar Lake area has 111 wineries with some of the most fertile earth in Europe. It also has a plethora of talented cooks, mostly housewives. Tours have been arranged to take you to some of the best of the wineries and to the homes of some of these fine cooks, where you'll eat and drink wonderful food and spirits (including the locally made brandy, called rakija).

Skadar Lake National Park has world-class scenery along with special delights for the eye and the taste buds. From the island monasteries to the hundreds of bird species to the local gastronomic pleasures, the park will delight you. Come to Montenegro and make awesome memories. 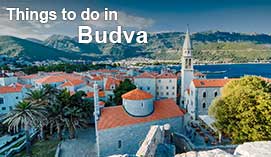 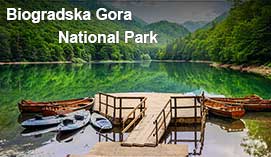 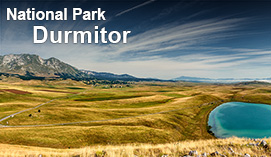 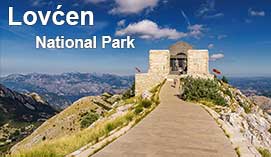